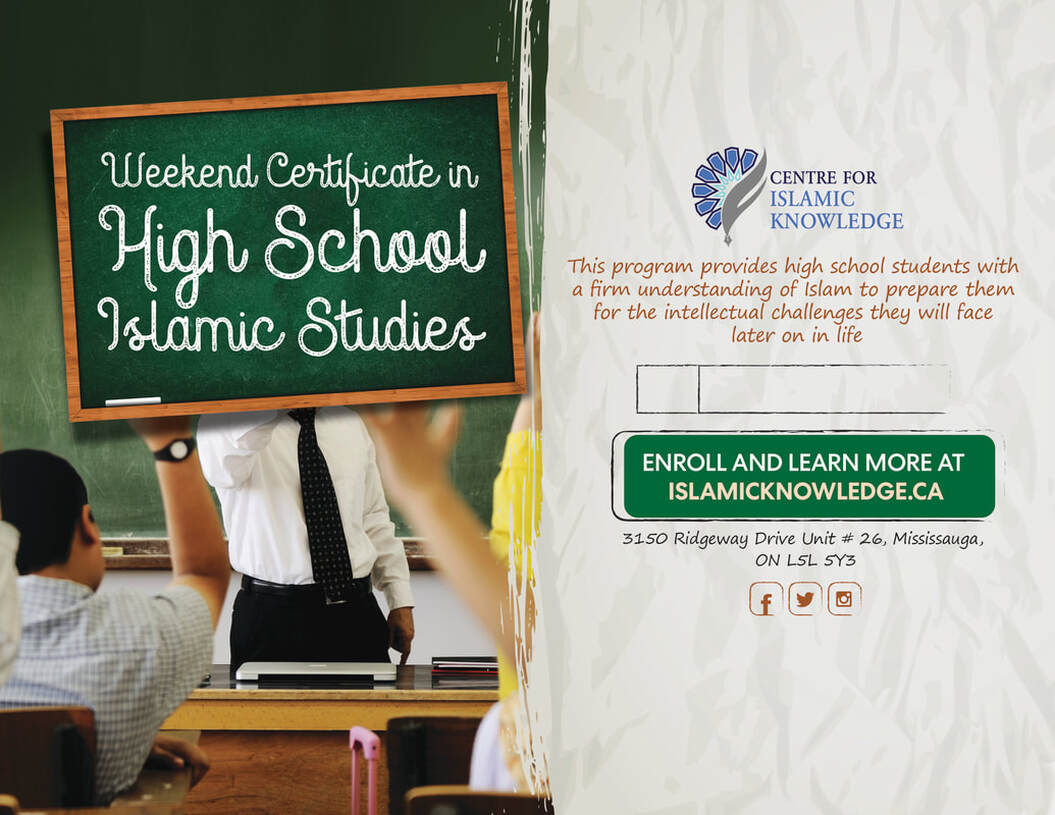 The high school Islamic studies program is a two-year program (four terms) which provides high school students with a firm understanding of Islam to prepare them for the intellectual challenges they will face later on life.

Behije Noka is an Educator, a counsellor and a spiritual care provider, who works mainly with Refugee Women. Behije holds a MEd in Adult Education and Community Development from the University of Toronto, and she focuses on the importance of Spirituality/Religion in educating and counselling the forcefully displaced refugees. Behije has been a program facilitator of many Muslim Study Groups for 15 years focusing on "Quranic lessons for Life" and is currently the instructor of a weekly program for women and teenage girls at Al Falah Islamic Centre in Oakville. Behije is also a valued member of the Interfaith Council of Halton and serves on the Education Committee. She has contributed significantly to this committee by helping to organize inter-faith summer camps. Furthermore, she is a speaker along with other faith group representatives for several high schools in the Halton Region on "Faces of Faith" and "Strengths in Diversity."
Nabeel Hasan has been involved in Deen Intensive Programs for the past two decades and is a dedicated worker for Muslim community activism.  He is the founder of the eleven years running Muslim Scholarship Fund operating in Peel and Halton District School Boards and has been working in various capacities to raise the standard of our growing community.  Nabeel has taught the Quran to many children for two decades in Richmond Hill, Brampton and now, since 2008, in Oakville as well. His passion is to teach the beauty and spirit of Islam and its rich heritage to the new generation so they carry themselves linked to this great tradition and feel proud of the great personalities that have preserved the Deen after the Prophet (PBUH).

Nabeel has studied Fiqh, Aqeedah and some Arabic by local scholars such as Shaikh Talal Adhab, Shaikh Hamid Slimi and Shaikh Faisal Abdur Razzak Abu Jihad.  He is currently working as a Management Consultant in the IT industry and married with three children in Oakville.  He completed his Masters of Information Sciences from the University of Toronto and has a double Bachelor of Sciences in Computer Information Systems and Business Marketing from the University of Minnesota.
Mokhtar Noka is a research analyst at Sheridan College in the field of Institutional Research.  He has worked previously at Brock University in the same area. He holds a Master's Degree in Economics and Quantitative Methods from the University of Tunis as well as a degree in Sociology from the University of Duisburg in Germany.

Br. Mokhtar has learned Fiqh and Islamic history from two scholars at the Zeitouna University of Tunisia. He was the Founder of the "Islamic Economy Research Forum" at the University of Tunis, where he also taught "Fiqh of Transactions." He has also led a circle of Islamic Economics in the MSA of Germany and has received specialized intensive training in Islamic Economics from Leicester, UK. He has participated in international conferences in Islamic Economics and Finance. Br. Mokhtar is currently instructing weekly ”Quran Lessons" for children and youth in Al Falah Islamic Centre.
Shaham Farooq is a graduate of the University of Toronto where he studied engineering science and has volunteered in various teaching roles within the Muslim community. He organizes weekly discussion groups for young Muslim adults and is a data scientist by profession
​Yusra Rizwan is a commerce graduate from McMaster University and has a Master's degree in Human Resources and Industrial Relations from the University of Toronto. She currently works as the HR Manager at Islamic Relief Canada, an international disaster relief and humanitarian aid agency.
Ujyara Farooq is a recent graduate from the University of Toronto in Sociology. She previously worked with Muslim Youth Network to create and implement an Islamic studies curriculum to engage young students. Ujyara led weekly discussion groups for for young Muslim girls.
Register Here